Construction contract change orders are dirty words, both to the design professionals as well as owners. For those not familiar, a change order refers to the adjustment to the compensation or schedule of the original contract for construction.

Change orders can be caused for more reasons than we are able to list in this post. Many times, they are issued for unforeseen construction conditions, often when working on existing buildings. If the contractor couldn't have reasonably been expected to know the condition existed, and thus was not able to accommodate addressing the condition, then a change order for additional compensation or construction duration is justified.

Change orders can also be issued due to weather conditions that excessively delay the project. Even omissions by the architect, or adjustments by the owner after contract execution can result in change orders. This very simple one page change order document lists the adjustments to the contract, is negotiated by all parties, and is finally endorsed by the owner, contractor, and architect; it is the main source of project crippling failed negotiations.

During a competitive bid environment, which is often how contracts are originally let for construction, a checks and balances system exists (so long as collusion isn't taking place between bidders). When a contractor bids a certain value for a specified scope of work, that value can be verified against other contractors’ bids. The problem with change orders is the removal of this mechanism to validate schedule and value against other bidders. The change order process relies on other methods of reviewing proposed costs and schedule adjustments as proposed by the contractor, which oftentimes results in discrepancy or disagreement about the impact to the original contract.

As design professionals, our job is to minimize opportunities by contractors to submit change order proposals, or work to alleviate potential claims through the design and documentation phases of the project's development. Architects have a fiduciary duty to protect the owner from escalating project costs and construction schedule extensions that are not validated or are seen as excessive. Unfortunately, some contractors actually hire staff whose responsibility is to find opportunities for change order claims during the bidding process. This allows the contractor to under-bid other bidders who may have otherwise accommodated the cost, and then seek adjustments to the contract after its been awarded.

The economic climate has a lot to do with this tactic. In hard economic times, the competitive nature of the bidding process demands that bidders be as competitive as possible. This system of bidding, coupled with a poor economic climate, results in projects with costs that spiral out of control and construction schedules that miss client expectations. Additionally, the drawings and specifications for construction have grown, and Grown, and GROWN in detail to attempt to alleviate the possibilities of change order requests post award. Projects that would have had 25 drawings in a set 50 years ago now have 100 or more sheets of detailed drawings to ensure that every aspect of work is covered; not necessarily because a contractor didn't know that the scope of work exists, but rather to remove his ability to claim he didn't know to accommodate the cost associated with the work in his bid validating his change order request.

So... what can we do as an industry about this issue? We believe that HOW we bid projects, as demanded by clients is the first opportunity of minimizing potential for escalating project costs after award. Yup, you heard that right, it’s the client fault if they determined that the lowest bidder is the best suited for the project.

We understand that often times, especially on public projects funded by tax dollars, taxpayers expect that the contract be awarded to the lowest bidder. What would be worse than a no-bid-contract? A contract awarded to the HIGHER bidder. However, what is often not seen by taxpayers is the costs of the fully delivered project in comparison to the bid amount. In many cases, the full construction cost including all change orders exceeds the bid of the next lowest bidder. Meaning, the taxpayers are not getting the most cost efficient delivery of the fully inclusive project.

As an industry, we need to encourage and reward those contractors that view the bidding process most accurately, and bid the complete delivery of a building. Sure, design professionals have an obligation to make sure that as much detailed is provided to the bidders, but we think it should go further. Instead of awarding contracts to the bidder who provides the lowest bid, we should be advising our clients to award the contract to the bidder who came closest to the average of all bids. That is, award to that contractor who provided the most accurate bid using the other bidders to validate the true value of construction.

For example, lets assume that we have a bid to 4 contractors bidding for the construction of a doghouse. Bids for the designed, specified, and detailed doghouse come back at $300, $350, $425, and $450 from 4 bidders. In the current bidding environment, the design professional would often recommend that the owner award the project to the bidder who bid $300. We seldom ask why the bidder at $300 was $150 less than the high bidder. Did the bidder who bid $450 see something in the drawings or specified that he considered would require additional cost? Did he simply not want the job, so he intentionally bid high? Or, was it because the bidder at $300 saw opportunities to submit change orders and potentially increase the value of the completed structure to $400? For any of these reasons, the process of installing the work is going to be a continual battle between the owner, the designer, and the contractor. Instead, we believe that we should average all of the bids that results in total construction costs of $381.25. In this case, we would award the contract of the doghouse to the second lowest bidder who was closest to that averaged value without exceeding it.

There is certainly something to be said about minimizing change orders, and different methods and responsibilities to achieve a fully inclusive bid and project delivery. However, we believe that removing the incentive to rely on change orders is the best solution to the problem. At the end of the day, and even with best efforts, change orders will be part of the design/bid/build method of construction delivery. All we can all do is work to minimize them through logical processes.

WHAT IS THE DESIGN PROCESS?

PAYING A CONTRACTOR - The Do's and Don'ts for homeowners

HOW TO HIRE AN INSPECTIONS COMPANY

YES, YOU HAVE MOLD 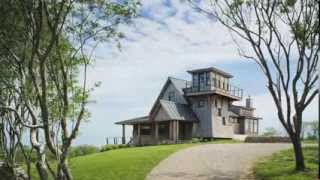 WHAT'S IT TAKE TO BE AN ARCHITECT?